A feature film by Sternman Productions.

Stand By Me meets Holes.

On a desert work detail, the kids from D Block juvenile detention are framed for a heist and use their collective criminal insight to turn the tables and take a shot at freedom.

When a mining operation hits gold unexpectedly, the technicians split into two groups. Both sides want to hide the fortune from their employer, a selenium prospecting firm, and independently approach Cunningham, the head of security. Cunningham decides to kill them all and take the gold, but he needs to cover his tracks. A small group of inmates, the hard cases from D Block, are sent out into the nearby desert on a work detail as part of the plan. The dead technicians will look like casualties in an escape gone wrong. Everything is planned with military precision, but the junior criminals from D Block are far more resourceful than anticipated. While they attempt to reverse the set-up, they tell their origin stories and come to an empowering new understanding of who they are, what they are supposed to be, and what they might become instead.

Writer Jeff Johnson was on D Block in the Albuquerque Juvenile Detention Center in 1985. Shot entirely in New Mexico with a cast that is primarily Hispanic, Short Bus is a noir designed to showcase emerging talent while making the most of film incentives.

“Jeff Johnson is a gifted and natural storyteller, and he knows about things you don’t know.”–John Irving, Academy Award Winning author of Cider House Rules 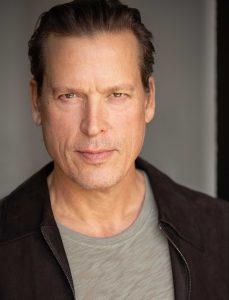 Thomas Hildreth is an actor/producer and owner of Sternman Productions. In late 2019, Hildreth teamed up with award-winning director Eddie Alcazar (Perfect, exec produced by Steven Soderbergh), co-founding a new company called Cure Films, producing films in the psycho-horror genre. Hildreth plays the villain opposite Bill Duke (Predator, X-Men) in the company’s first film The Vandal, a 2021 Cannes Film Festival-premiering short exec produced by Darren Aronofsky. The Vandal has since screened at some of the top festivals in the world, including Telluride and Sitges, is now streaming on The New Yorker, and a feature-length adaptation is underway with Aronofsky remaining on board as EP.

Hildreth has a 15-year track record of developing original material from screenwriters, novelists, and playwrights for film and TV. In 2020, he produced and starred in a short story-to-film adaptation, The Kinjiku, alongside Tony Denison (The Closer, Major Crimes) and Ron Canada (Cinderella Man), with award-winning executive producer Mark R. Harris (Crash, Gods and Monsters).

Previously, Hildreth produced and starred opposite Ted Levine (The Bridge, Silence of the Lambs) in award-winning feature Child of Grace now on iTunes, Prime Video, and Google Play. He also produced and played the leading role in the critically acclaimed film Islander on SHOWTIME with Philip Baker Hall (Magnolia) and Amy Jo Johnson (Felicity, Flashpoint).

A Maine native, Hildreth attended Connecticut College, New York University, and received an MFA from Rutgers University. He lives in Los Angeles and New York with his five small children and beautiful Collie/Lab “Senga”. It’s chaotic juggling work and life with five little kids running around, but Hildreth handles it all with grace and ease. (His noise-canceling headphones also help!) A great dad and dedicated artist, Hildreth manages to squeeze in time for tennis and golf, deep powder skiing and scuba diving all over the world. 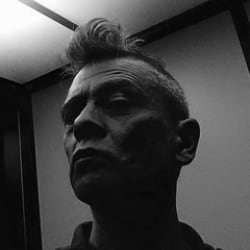 Jeff Johnson is a novelist, screenwriter, director and visual artist. He’s the author of the critically acclaimed Tattoo Machine: Tall Tales, True Stories & My Life in Ink (Spiegel & Grau 2007), as well as Everything Under the Moon: a Novel (Soft Skull Press, 2016), Knottspeed: A Love Story (Turner, 2017), Deadbomb Bingo Ray (Turner, 2017), and Lucky Supreme: A Novel of Many Crimes (Arcade, 2016), A Long Crazy Burn: A Darby Holland Crime Novel (Arcade, 2017), and The Animals After Midnight: A Darby Holland Crime Novel (Arcade, 2018). Johnson’s short story Cantina Kinjiku, will appear in the upcoming Killer Crimes Anthology alongside Steven King and Joyce Carol Oates and it was recently adapted into a short film starring Ron Canada, Tom Hildreth and Tony Dennison with Johnson directing. Lucky Supreme, A Novel Of Many Crimes was named one of the top 25 novels of 2017 by MEDIUM and acquired by Italian publisher Fanucci. In January, 2019, the Darby Holland Crime Series was optioned for television by producer Mark Harris of The Harris Company. Representation by Stuart M. Miller.

Mark R. Harris’ extraordinary career began on Wall Street, providing him with the strong, financial background from which he became a pioneer in both talent management and film and television production packaging.

In 1983, as an agent, he pioneered the concept of representing independent producers to form their own television production companies where they owned the negatives of their movies and created film libraries. Harris packaged the most successful television series of all time, Baywatch.

Harris also launched many output deals with Showtime Networks to produce and distribute programs internationally. Among his clients were the Producers of (The Hunt for Red October, Patriot Games, The Saint, and Clear and Present Danger) and IRS World Media.

In 2002 Mark Harris was able to launch his own film development and production company. As the Harris Company, Mark was able to convince film partner Paul Haggis, to take a television idea Paul had and turn it into a spec feature film script first. That project was later financed and produced with Mark Harris’s efforts to become the 2005 Academy Award winner for Best Picture, CRASH, which also won Oscars for Best Original Screenplay and Best Editing. Paul Haggis was able to retain Director control through Harris’s efforts. Harris has produced over 20 films and 4 series in his career.

Harris is currently putting together International TV series, partnering with the World 2000, the Company that has produced The Tudors, Camelot, The Borgias and The Vikings. Also pursuing film projects in various stages of financing 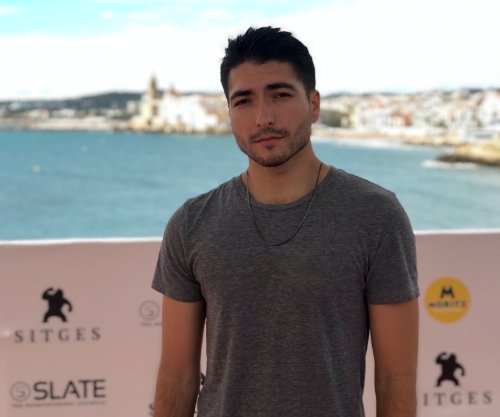 Javier Lovato is a Producer for Brainfeeder Films based in Los Angeles. Originally from Albuquerque, New Mexico, Javier began by producing commercials and short films. In 2015 he produced the Sundance selected short film FUCKKKYOUUU directed by Eddie Alcazar with music from Flying Lotus. Then, in 2018 he produced Alcazar’s feature length Sci fi thriller PERFECT executive produced by Steven Soderbergh with original music from Flying Lotus.

Other credits include feature film KUSO directed by Flying Lotus, HBO documentary TAPIA executive produced by 50 Cent, and the feature film THE WIND which made its world premiere at TIFF in 2018.

A short film by Sternman Productions in association with The Harris Company.

MaineWorks is a feature length documentary about a company in Portland, Maine that exclusively hires felons for local construction jobs. It explores the value of redemption and recovery through work. The film is currently in post-production.